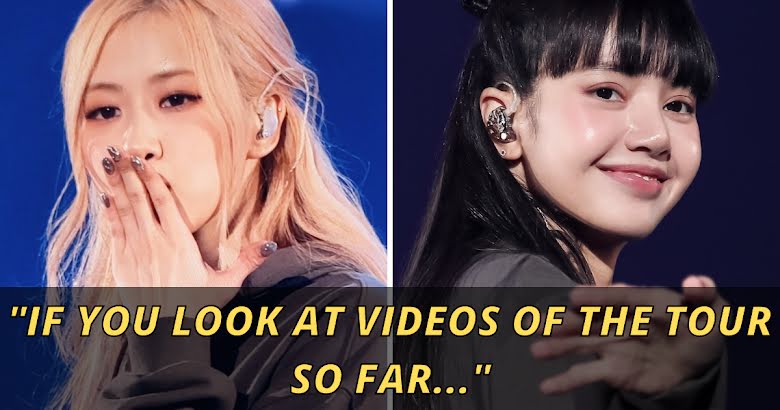 BLACKPINK completed 14 BORN PINK shows in the US and Canada, concluding the North American leg of their tour.

The group still has the European and Asia leg of their tour to complete, with their next stops being seven cities across Europe.

The show has mesmerized fans and fellow celebrities with the group’s incredible performances of their new songs as well as their older hits. They’ve pulled out all the stops, carefully planning the production of the largest concert tour ever conducted by a K-Pop girl group.

The creative director behind the tour, Amy Bowerman, recently sat down with VICE for an interview on all things BORN PINK World Tour.

Amy Bowerman has worked with artists such as Harry Styles, Rina Sawayama, and Dua Lipa and was approached by YG Entertainment about BLACKPINK’s tour in the spring of this year.

Under Bowerman’s creative direction, they successfully planned the show with a quick turnaround. The team was able to create a magnificent concert with creative input from the members themselves.

Despite having an impressive roster of tours by A-list stars from around the world, Bowerman realized a key component of K-Pop concerts makes it different from Western artists’ shows, and that’s the fans. It quickly became a component that Bowerman had to make adjustments around.

I’ve learned about just how valued the fans are in K-pop. K-pop fans are given just as much consideration in the live environment as the group are, which is incredible. That was an amazing thing to learn more about.

She made a specific comparison, stating that the end of any concert is often planned around getting the artist off stage as fast as possible and whisking them away from the venue without being seen.

In contrast, K-Pop artists often take the end of the concert to address fans directly in their “ending ment,” lingering on stage to read fan signs, take pictures, sometimes answer questions, or even accept gifts. On the BORN PINK tour, VIP ticketholders have a chance to see the group off in a unique “send-off” experience.

Bowerman acknowledges that the “send-off” has created some of the most viral moments from the tour with heartwarming and sometimes surprising interactions between BLACKPINK and BLINKs.

If you look at videos of the tour so far, it’s mostly BLACKPINK engaging with their fans.

There’s a Western view, I think, that the K-pop world is quite cold because their performances are highly polished. But breaking those for a human moment turns it from this huge, untouchable thing into something the fans can really engage with.

Check out the article below for more on BLACKPINK’s BORN PINK tour!

Denial of responsibility! Theinspi is an automatic aggregator around the global media. All the content are available free on Internet. We have just arranged it in one platform for educational purpose only. In each content, the hyperlink to the primary source is specified. All trademarks belong to their rightful owners, all materials to their authors. If you are the owner of the content and do not want us to publish your materials on our website, please contact us by email: hl.footballs@gmail.com The content will be deleted within 24 hours.
and Artists between BLACKPINKs concerts creative difference director for k-pop Major notices stories the Tour western
Share. Facebook Twitter Pinterest LinkedIn Tumblr Email
Previous ArticleWEi’s Kim Dong Han And Kang Seok Hwa Get Into Minor Car Accident
Next Article Hwang Minhyun Returns To “Alchemy Of Souls” Bearing A Pain Unlike Any Other In Part 2